“We can now trace the Michaelic impulse further in Rudolf Steiner’s work. In the autumn of 1917 he speaks about a new mighty deed undertaken by Michael. Now, the time has come that the spiritual world ultimately must be cleansed of the opposing forces that seek to prevent the approach of the etheric Christ. And “in front of Him” strides Michael, no longer with the scale — the way he was frequently pictured in former times — but now with the sword. He no longer points to the dragon with the sword, but instead points upwards to the higher ego nature of the human being out of which alone a conscious relationship to Christ is possible. Michael appears before humanity today as the “Spirit of Courage” that never compromises with anything Ahrimanic. He is a serious stern spirit who — while he encompasses the entire earth and despite his openness to the world — never makes concessions to the Ahrimanic Spirit. He is active as the highest representative of “Cosmic Will”, the will of Christ himself.” 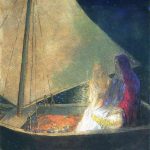 The Importance of Love 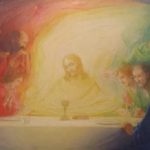 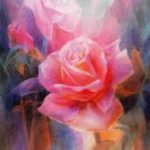