“but Jesus went to the Mount of Olives. Early in the morning he came again to the temple; all the people came to him, and he sat down and taught them. The scribes and the Pharisees brought a woman who had been caught in adultery, and placing her in the midst they said to him, “Teacher, this woman has been caught in the act of adultery. Now in the law Moses commanded us to stone such. What do you say about her?” This they said to test him, that they might have some charge to bring against him. Jesus bent down and wrote with his finger on the ground. And as they continued to ask him, he stood up and said to them, “Let him who is without sin among you be the first to throw a stone at her.” And once more he bent down and wrote with his finger on the ground. But when they heard it, they went away, one by one, beginning with the eldest, and Jesus was left alone with the woman standing before him. Jesus looked up and said to her, “Woman, where are they? Has no one condemned you?” She said, “No one, Lord.” And Jesus said, “Neither do I condemn you; go, and do not sin again.” John 8:1-11

Jesus did not condemn the woman. How did he do this?

To begin with, he did not get caught up the political games being played by the scribes and Pharisees. They were testing him, but instead of trying to find an answer that would satisfy them, he gave his full attention to what was happening before him.

Secondly, he did not enter into an argument. He did not answer in words, yet the light from his perception was heard within those present, and the script from his hand was visible in the dust of the world for all to read.

Finally, his lack of condemnation released the woman from her burden of sin under the law, and accused those who thought they were guiltless. Here he acts like the Lord of Karma he will become – releasing the woman through grace, and giving consciousness of karmic forces developing within the accusers.

This story paints a picture of Jesus being compassionate and involved with humanity. To be like him, we need to be able to enter into other people and really understand them from their point of view – as if we were them. Only then do we have the means to experience compassion and respond productively. Only then can we move beyond the law to living morality. The right compassion and understanding for others, and events in the world, produces right moral conduct in the soul, right action in life.

What happens when we don’t manage to fully enter into and respond to a person or situation? We judge! We make a decision or apply some rule without considering it for the particular time, place or person in front of us. We confuse the Cosmic reality of eternal, living truth with the human reality of dogmatic, lifeless law. But the way-of-the-world is contradictory to the way-of-the-spirit. Living judgment takes place in a process of perpetual motion that reflects our ever-changing consciousness of, and response to, circumstance.

In the Greek there are many words that mean judge and judgment. One of these words is krisis which speaks of a separating, then a decision. It hints at balance, the scales, the pendulum. The old fashioned scales that are like a fulcrum with two saucers on chains gives us an excellent image of the mobility of judgment.

Even Christ does not judge, he said, “Judge not, that you will not be judged.” This presents us with a bit of a puzzle because a few verses further on, in verse 26, Jesus says “I have much to judge.”

The answer to this puzzle is simple. We pass judgments all day long don’t we? We weigh things up all the time. We don’t like what a person has done or said, we think they should have said or done this or that, in fact we sometimes don’t even like the look of them. That one is too fat, they must gorge themselves, that one is too thin, they must be anorexic. That one is unspiritual, this one is dumb. No wonder we are tired at night with all this judgment.

This judging happens in our astral body. These judgments express themselves in our ordinary consciousness as feeling, impulses, passion, etc.. Another consideration here is that the feeling levels are only semi-conscious. So our judging happens in a dreamy, half-conscious way.

Then at night when we sleep and our astral body leaves us to enter the spiritual worlds, it is judged. These words, “Judge not, that you will not be judged” should be taken quite literally. According to the amount of judgment we carry out during the day; that much will be we judged during the night. So when we wake up in the morning we carry with us the judgment that has been placed on us by the Spiritual Hierarchy and our Real Self.

Then through the day we must seek to balance the scales. One of the best ways to do this is to see things from twelve different points of view. We don’t rest on a judgment until we can see twelve reasons why a thing should happen. Also, remember that it is not the prostitute who is immoral but those who have apathy and lack of interest in the world. That is the most immoral act in this Cosmos. Not being interested enough in the other person to be able to enter into them. Not being able to feel their joy and their sorrow as if we were them. Like the scribes and the Pharisees we can easily lapse into opinions and judgments. We don’t see that they are working on their karma which is the balancing that they must express in their life.

It is a hard teaching, that’s for sure. But we have the great gift of the wisdom we have received from our spiritual teachers and we have the result of our own development over the years. We know that the first step is to seek to be objective. We must try not to like and dislike things so strongly, and we must also try to place ourselves in the other person’s shoes. Then we may glimpse that there is a karmic situation and realize that it not for us to judge the other person. They could be doing what their I Am is urging them to do for the growth of their soul and for the evolution of this world. Jesus said, “Has no one condemned you?” “No one, Lord.” Neither do I condemn you, go and sin no more.” 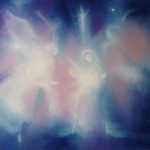 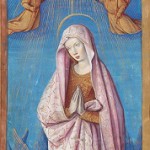