Around the ninth hour, Jesus shouted in a loud voice, saying “Eli Eli lama sabachthani?” which is,

The more we delve into the mystery of Christ the more we realize how much there is to know. Why can’t we know everything about it now? The main reason is that this story has such power we need to develop resilience of mind to even approach it. It is for this reason that through the seasons of the year we contemplate the many aspects of the man Jesus whose being had such resilience that it could take into itself the might Cosmic Christ.

“The mysterious words ‘Eli, Eli, la’ma sabach-tha’ni?’ are Aramaic which is an ancient language predating Hebrew and Greek; a large part of the Hebrew and Arabic languages is borrowed from Aramaic.

Rudolf Steiner makes an astounding statement about how these words were said.

‘Here too something took place which might have been observed by an astral observer in the astral atmosphere. When Christ died upon the Cross, the whole astral atmosphere changed, so that events could take place which could never have taken place before. This has become possible because by shedding His blood, Christ gave the whole of mankind a Self that is common to all. The blood that streamed out of the wounds of Christ Jesus gave to the whole of humanity a Self which is shared by all. His three bodies remained hanging upon the Cross and were then revived by the Risen Christ. When Christ abandoned his physical frame, the three bodies were so strong that they could utter the words of initiation which follow the transfiguration: “Eli, Eli, lama sabathani!” To all who know something of the Mystery-truths, these words must have revealed that a Mystery had been enacted.’ 2nd of December, 1906

If a body without the I – which is responsible for speech – could speak, we have some idea of the power of the Christ Spirit. Kristina Kaine “Who is Jesus : What is Christ?” Vol 5

The Crucifixion by Bartolome Esteban Murillo

The Source of the Human Form 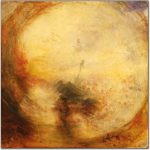 Reading to those who have died 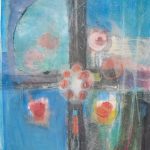 Importance of Understanding the Christ Event