2. The Disciples Find the Tomb Empty

Now on the first day of the week Mary Mag’dalene came to the tomb early, while it was still dark, and saw that the stone had been taken away from the tomb. So she ran, and went to Simon Peter and the other disciple, the one whom Jesus loved, and said to them, “They have taken the Lord out of the tomb, and we do not know where they have laid him.” Peter then came out with the other disciple, and they went toward the tomb. They both ran, but the other disciple outran Peter and reached the tomb first; and stooping to look in, he saw the linen cloths lying there, but he did not go in. Then Simon Peter came, following him, and went into the tomb; he saw the linen cloths lying, and the napkin, which had been on his head, not lying with the linen cloths but rolled up in a place by itself. Then the other disciple, who reached the tomb first, also went in, and he saw and believed; for as yet they did not know the scripture, that he must rise from the dead. John 20:1-9

“Finally, in St John’s Gospel, no intermediary is required because our awareness comes to us through our own I Am.

What took place here is the complete integration of the Cosmic Christ into the body of Jesus, causing the dissolution of the physical body. This signifies what will eventually happen to every human being who is able to take into themselves the Christ Spirit. It is frightening, the Gospels tell us that. The only way we can bear the thought of it is by engaging with our I Am and viewing it in an objective way. This is how Jesus did it; otherwise he would have been destroyed physically and mentally.

The best course of action for us is to be like Peter, “wondering in himself at that which was come to pass.” This is not so easy when we live in world which automatically responds like the apostles, “but these words seemed to them an idle tale, and they did not believe them.”

The importance of wondering cannot be stressed enough. This Greek word is thaumazo which is apparently a form of theaomai which means to behold, look upon, view attentively, to contemplate. This is the way we must be with our spiritual perceptions, however brief they may be, to wonder about what we saw instead of dismissing it as an idle tale. Then we too will be resurrected.” Who is Jesus : What is Christ Volume 5 by Kristina Kaine

Photo of the Tomb in which the body of Jesus was laid after the Crucifixion. 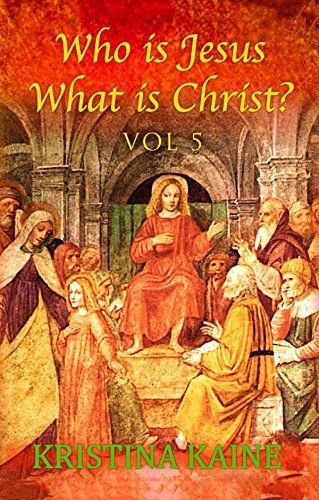