As we stand on the summit of the Twelve Holy Nights and look into Epiphany, that moment when the mighty God, Christ, entered into the body of a human being, Jesus, for the first time ever in evolution, these words of Rudolf Steiner can fill us with awe as we look into our own being to find the reason for our existence.

“When we enter fully into the meaning and the true significance of Spiritual Science, we realise that it is no mere selfish yearning, but deep-seated duty towards the macrocosmic forces not to allow the buried treasure in our souls to be wasted. We come to realise that deep down in every man there lies something which once upon a time the gods implanted in him out of their own body, their own substance. We come to feel: ‘The gods have sacrificed a piece of their own existence, they have as it were torn away a fragment of their own flesh, and have deposited it within human souls.’

We men can do one of two things with this treasure, this divine heritage. We can out of a certain indolence say: ‘What do I want with knowledge? The gods will soon direct me to my goal!’ But they do not do so, for they have buried this treasure within us in order that we may bring it to the light of day out of our own freedom. Thus we can let this treasure go to waste. That is one of the courses which the soul can take.

The alternative is that, recognising our highest duty towards the heavenly powers, we should say to ourselves: ‘We must raise up this treasure, we must lift it out of the hidden depths into our consciousness.’ What are we doing when we bring up this treasure out of the unconscious? We give it a different form from the one it had earlier in the body of the gods, but in a mysterious way we give it back again to the gods in the form which it has acquired through us. We are not cultivating in our knowledge any private concern of our own, we are not doing anything merely in the interests of our own egotism, we are simply carrying back into the higher worlds, in the changed form which it has acquired through us, the noble heritage which the gods have given us, so that they may share it with us.

But if we neglect this treasure, if we allow it to deteriorate, then we are in a very real sense being egotistic, for then this treasure in our souls is irrevocably lost to the world-process. We are allowing our divine heritage to go to waste, if we are reluctant to recognise its presence in us.” Wonders of the World: Lecture 8  August 24, 1911

Thank you for travelling with me at this sacred time. Through the spiritual worlds that connect us each one of you has contributed to the inspiring ideas that emerged. 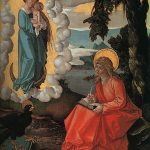 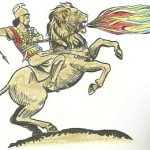 The War – within or without? 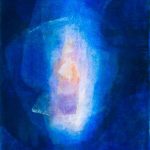