Now come the three nights of the crown.

Release from the only intellectual or release of the intellect from its earthly bonds and purposefulness. This is the thrice-holy night, in which the lower ego falls away and only the desire to serve, to devote oneself remains.
Rudolf Steiner’s indications for the Holy Nights given to Herbert Hahn
Translation from German by Laura Zanutto 2015 and Mark Willan 2016

“Man is the crown of creation. All existing things come from man.” Rudolf Steiner 12 February, 1908

We can only understand this fully if we release our intellect from its earthly bonds. We can also make more sense of it if we understand that we are not simply physical beings, we are beings of soul and spirit appearing on earth in a physical body. We use this body for a while then we leave it behind until it is time to build up a new one for a new earthly life.

We can understand this idea further if we realise that we haven’t always appeared in this universe as physical beings. The story of Adam and Eve explains how we, as spiritual beings, took on physical form. We did this to gain independence. The development of this independence took place through what is known as our lower ego. Through the lower ego we gained a sense of self as a being separate from the rest. For this to happen we actually created nature through our needs – “All existing things come from man”. Because of this we are the “crown of creation”.

Once we have gained the sense of self we no longer need this lower ego. If we hang onto it we become egotistical, self-centred and at the extreme, narcissistic. As we stand in the night of the three crowns we could say that the lower ego is the first crown.

As self-realised individuals the next stage begins. We work towards a higher expression of the ego and we call it the Higher Self or the I Am. We now seek to work with others who have also gained a sense of self and, like us, seek to express it in a higher way. As this higher expression develops we desire to work in community with others for the benefit of humanity but also for the benefit of self. It has to be both, at the same time. This is the secret to the second crown. To devote ourselves purely for our own benefit excludes others; to devote ourselves only to the group will be at the expense of the individual we have become.

The third crown comes when we are free of personal motive and we become co-creators. We reach the highest expression of Self called the True Self, or the Christ-ened Self “and only the desire to serve, to devote oneself remains.” Then we know we are the crown of creation.

Image: Madonna and Child with Angels by Lorenzo Lotto ~1525 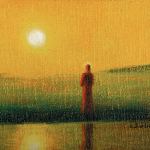 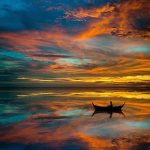 Death is an awakening 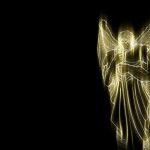