I am immersing myself in the Archangel Michael Mysteries to prepare for his Festival at the end of September.

Sergei Prokofieff’s last book, written before his death on 26 July, 2015, The Michael Mystery is an inspiration.

Freedom and Intellectually – the gifts of Michael

“There is one more magnificent image that stands in the sign of the Michael Mysteries: The cosmic intelligence departs the Sun-kingdom on the same path that the Christ had taken earlier — from the Sun to the earth. Like a “sacred rain” (GA 240, 20 July 1924) this intelligence now drops down and beginning in the 8th and 9th century AD can be increasingly received by human beings. Now on the earth, the first “individuals arise who think for themselves” [in German “Eigendenker”]. A completely new development gradually begins that, with the start of the consciousness-soul-epoch (AD 1413), becomes the destiny, or fate, of all mankind.

On this formerly Michaelic but now turned human intelligence, people of more recent times establish their most precious possession —their freedom — which is rooted in thinking and has become independent. For at the moment when human beings could be certain that they no longer received their thoughts from the spiritual world but produced them on their own — that they were the creators of their world of thoughts —from then on they could fully and consciously grasp hold of their freedom.”

May we all receive the sacred rain. 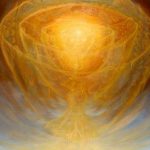 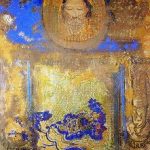